The Gibson S1 was a limited manufactured guitar during the late 70’s and early 80’s to compete with the Telecaster. This early Gibson is a single cut hollow body guitar with pointed headstock and three single coil pickups. This S1 has two control knobs and a four-position selector switch for varying the tones. It has a Gibson’s adjustable harmonica-style bridge which was used in the late 70’s on Gibson’s custom products. Player grade. Has minor scratches and nicks. No breaks. Tuners have been changed out over the years. Does include original chainsaw-style case. Cool guitar at a low price! 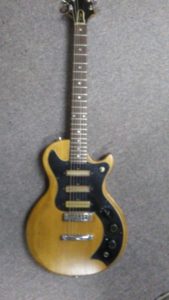 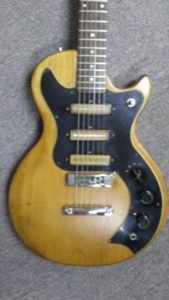 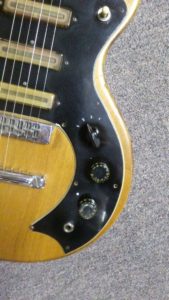 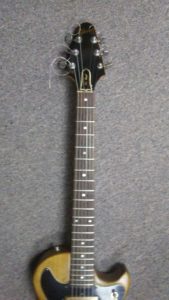 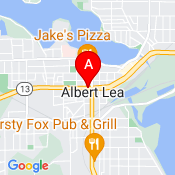